We're excited to announce the Keynote Speakers and Panelists, each of whom will be addressing the critical areas within the rapidly expanding and evolving Food Tourism industry to help aid in your continuing education, meet your business, vendor and customer needs, and stay on top of the latest trends. Check back regularly for updated Speaker and Panelist bios. 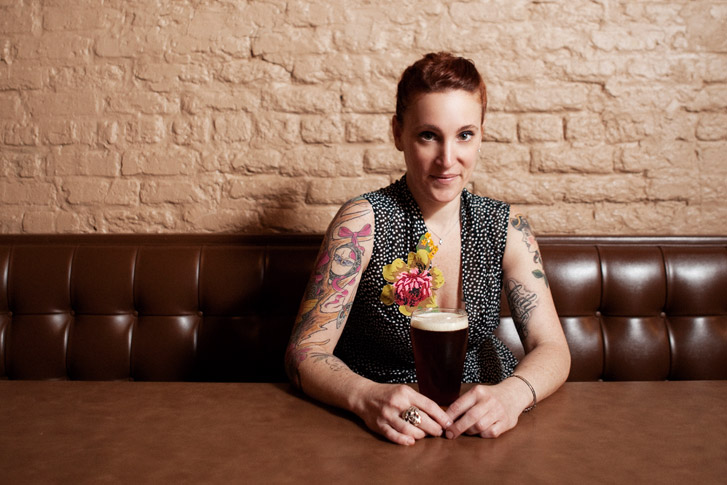 Awarded Best Pastry Chef in the U.S. by the James Beard Foundation, Mindy is the owner of HotChocolate Restaurant in Chicago and author of "Cookie Love". Specializing in contemporary American cuisine, Mindy has appeared on The Today Show, The Martha Stewart Show, The Food Network and in Food & Wine, Bon Appétit and The NY Times. 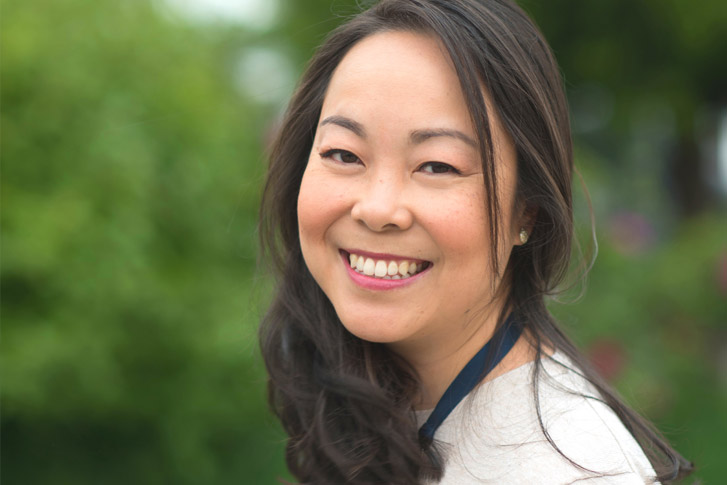 Named one of Seattle's "Top 40 Under 40" and a Nellie Cashman Women Business Owner of the Year Finalist, Angela founded the award-winning Savor Seattle business in 2007. A graduate of Wharton School of the University of Pennsylvania, Angela runs a team of 31 employees at Savor Seattle, recently Rated one of the Top 10 Tours in America by TripAdvisor. 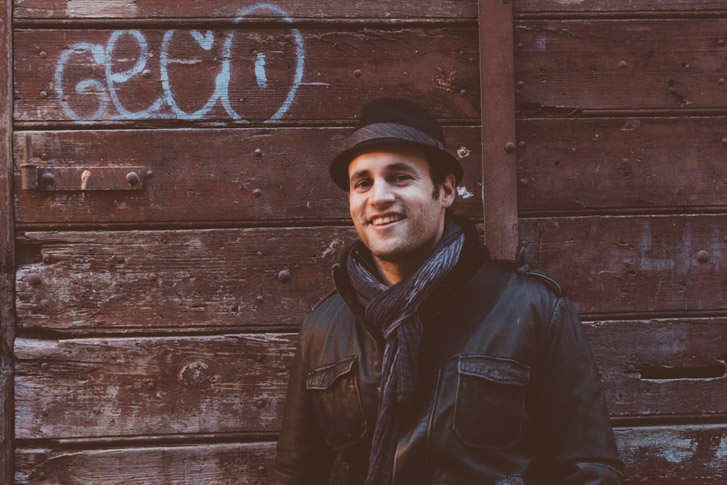 After traveling to more than 60 countries, Kenny started Eating Europe in 2011 in Rome with the company motto "Take a Break From Being a Tourist". As the largest culinary travel operator in Europe with media coverage including the NY Times, Condé Naste, Fodors and Rick Steves, Kenny has expanded operations into London, Amsterdam and Prague. 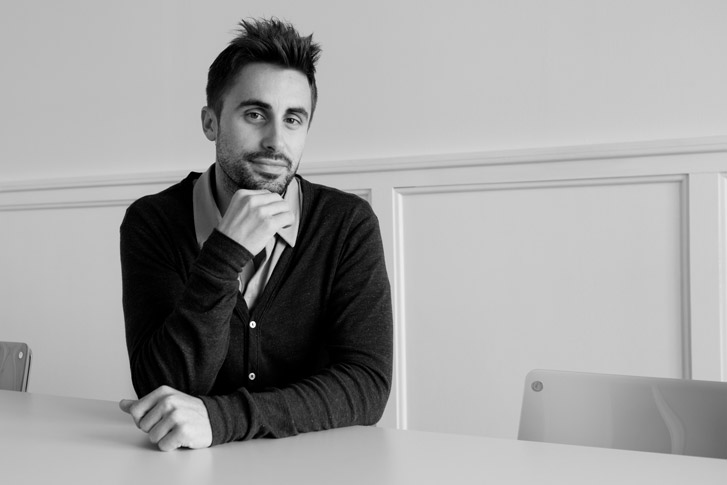 As the Moderator of the GFTC, Shane boasts 15+ years experience as an entrepreneur. Shane started Chicago Food Planet in 2006, which has reached over 100,000 customers to date. In 2009, Shane launched Food Tour Pros to coach and help individuals reach their full potential owning and operating Food Tour Business across the globe. 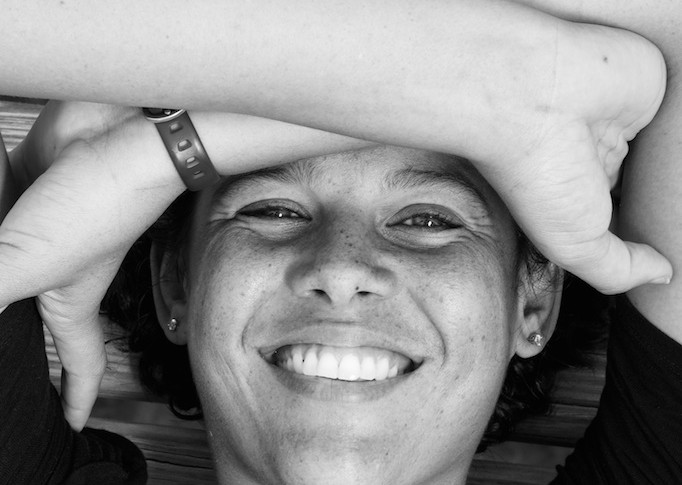 In 2013, Alanna was honored as a member of “40 Under 40” Entrepreneurs and Humanitarians in The Bahamas making a difference in the country. Inspired and committed to sharing her own city’s culinary gifts, Alanna launched Tru Bahamian Food Tours in the winter of 2012 on a mission to connect visitors with Nassau’s most unique culinary treasures and the local artisans, chefs and entrepreneurs preserving these traditions. Tru Bahamian Food Tours has since been featured in over 20 International publications including: The Washington Post, USA TODAY, The Independent, Toronto Star, Southern Living, and Gothamist. 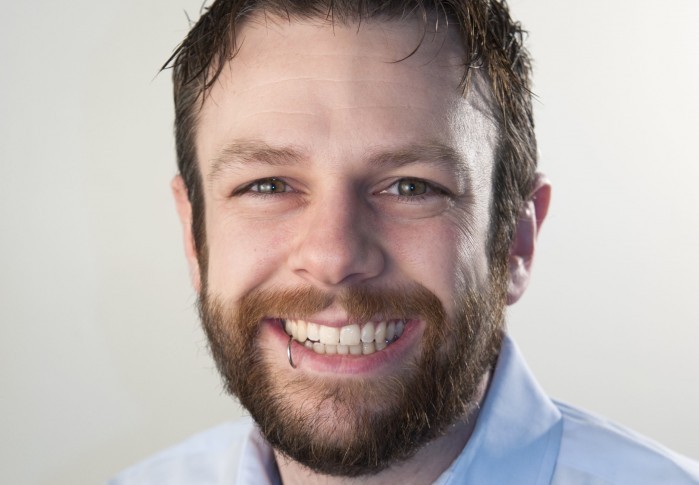 Starting his own firm in 2005, Joe's client work includes companies such as Microsoft, McDonald's, IBM, and more. With a degree in Interactive Design from the Illinois Institute of Art, he has had the opportunity to serve as a panelist at his former college, an instructor on web development practices, and an author on user experience in Web Design Magazine. His latest venture includes the international rollout of TourAndEventWebsites.com (TEW). He's built the team at Martin Creative with a focus on providing modern web solutions, and is excited to further develop TEW into the industry's leading solution for tour operators, event coordinators, and conference planners. 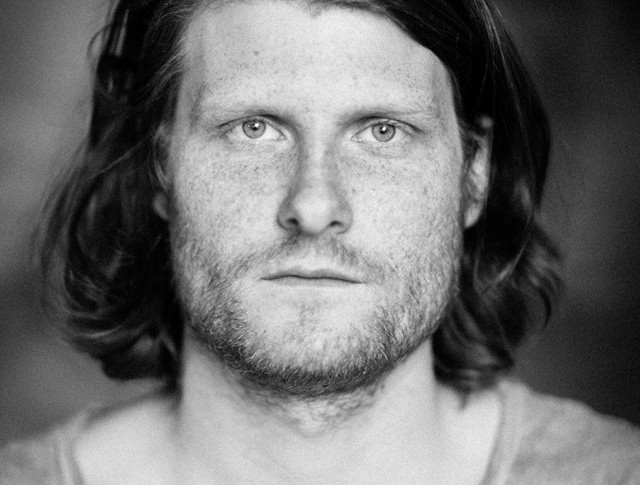 Before working as Marketing Director and Co-Founder at Local Montreal Tours, Frédérik Nissen was working as a Content Strategist and Video Producer for the Just for Laugh Festival and other web agencies. During these years, he won 4 Boomerangs prizes for the Quebec’s province best Social Media and Content Strategy campaigns. Frédérik is also also an active community organizer in Montreal bringing many projets like Givebox, Restaurant Day Movement et Public Karaokés. 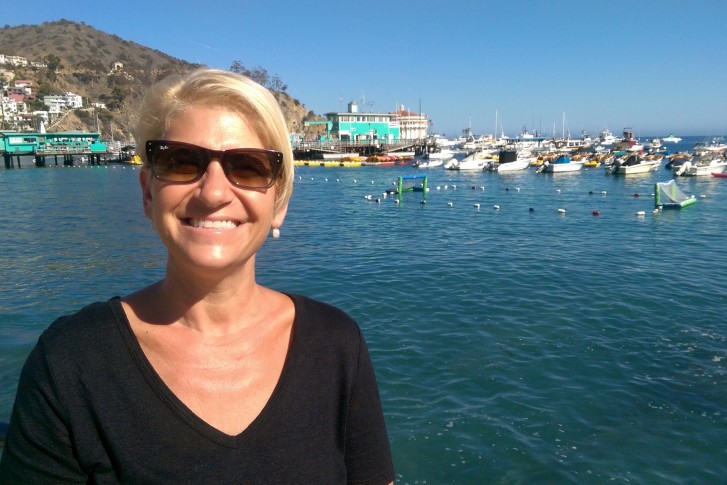 Erin and her husband, Gene, oversee four businesses, three of which are food-based. They purchased Catalina Coffee & Cookie Co. in 2003, focusing on quality of product served and providing excellent customer service. For the last two years, their mom 'n pop shop, coffee house and bakery has consistently been rated in the top 2 restaurants listed on TripAdvisor to visit while on the island. Opening Taste of Catalina Food Tours in late 2012 was a great way to build camaraderie between restaurants while contributing to the rising food scene in Avalon. Being the Chief Operating Officer, Erin is required to wear many hats: script creator, route designer, caffinating employee motivator, fro-yo mixer, cuisine taster, review responder, reservationist and cocktail tour giver, just to name a few. 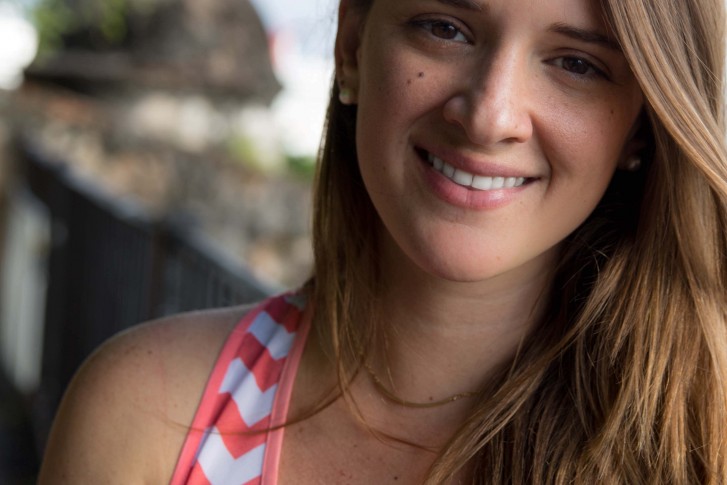 A native of San Juan, Mikol spent several years abroad while receiving her degree in history from Georgetown University, studying art history at La Sorbonne in Paris, and teaching in Spain. Her last global adventure took place in 2011 as an International Ambassador for Costa Cruises, traveling to over 45 different countries and picking up 5 languages along the way. Top travel moments include biking the Camino de Santiago, diving with whale sharks in Honduras, climbing the San Pedro Volcano in Guatemala, as well as the all the unforgettable faces and foods she encountered across the world. In 2012, Mikol joined the Flavors team as an Epicurean guide with the firm belief that the best way to get to know a destination is through your belly. She is currently the Director of Operations for Flavors of San Juan. 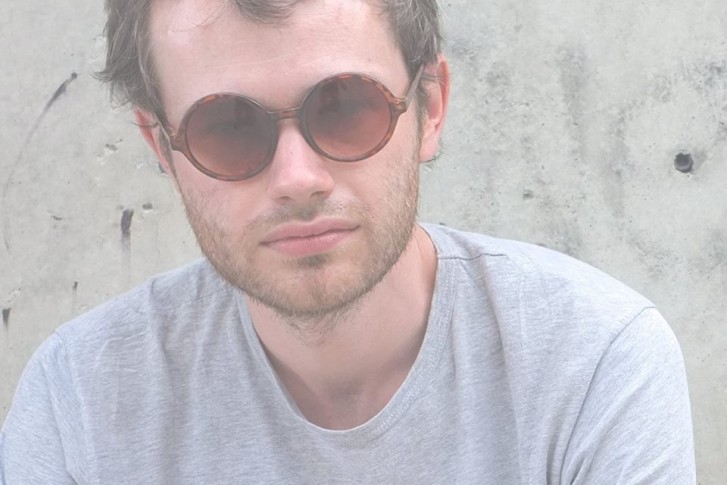 Ismael Co-Founded Local Montreal Tours while studying entrepreneurship at the commerce school of Montreal. His dedication and investment during the early stages of the company allowed it to mature into one of the top tour companies in Montreal. His recent focus has been on managing the rapid growth of Local Montreal Tours, which has doubled yearly for the past 3 years. Ismael is passionate about the tourism industry, tech startups, and all things nature. 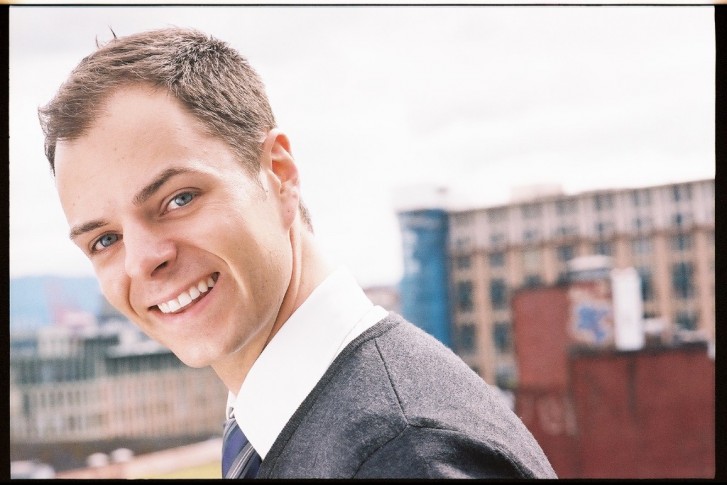 Born and raised in Vancouver BC to a family of chefs and restauranteurs, Jeremy has been working in the food & beverage industry from the time he could walk. After University, Jeremy spent several years working in the travel and entertainment industries in various management roles serving some of North America’s leading travel and tourism brands. In 2007 after moving back to his home town of Vancouver, EzTix was founded as a solution for the culinary industry to market and promote culinary tours & events around the world. Over the past 8+ years, Jeremy has lead the EzTix team from a small solution provider to a global leader working with some of the most respected culinary tourism brands across nearly 30 countries around the world. 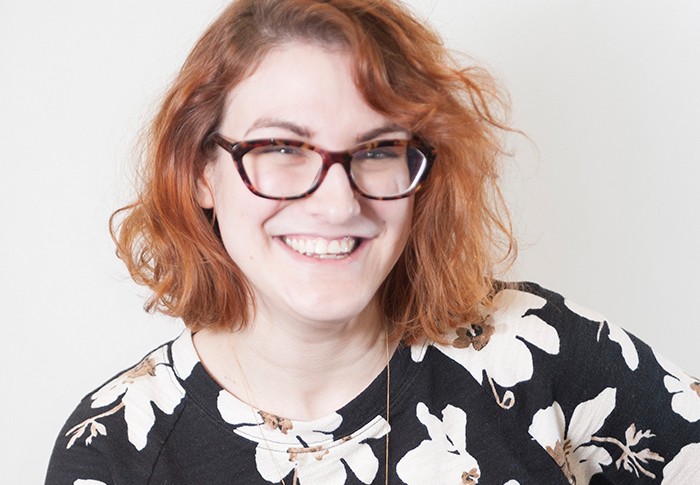 Justine studied communication arts & sciences at Dominican University and has spent five years building skills in the digital marketing sector. For three years she worked on a corporate marketing team in the trade show industry helping plan, execute and grow email, social media and blogging strategies. During her time there she also focused on following marketing trends in the conference and event industry. As the current Marketing Manager at Martin Creative, Justine continues to work in digital marketing advising clients on how to use content to define their brands online. 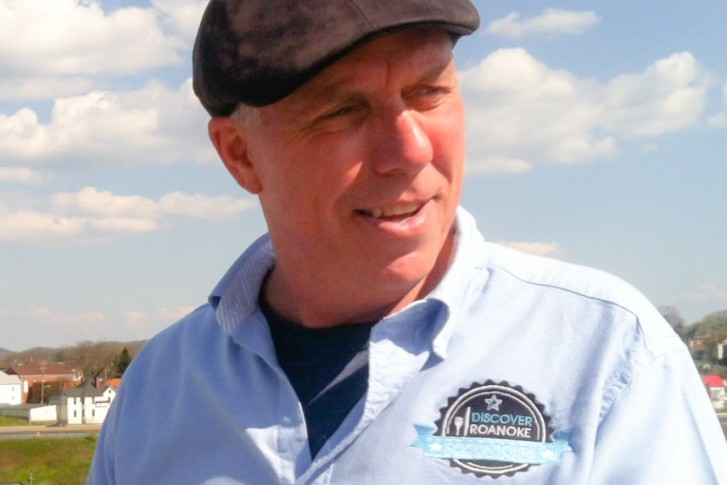 Larry's professional life has been quite varied, entertaining and successful. Larry began his career in advertising/marketing in South and Central Florida. Than a shift in focus brought marketing/sales positions for the Orlando Predators (Arena Football), Youth Basketball of America and Rebound Sports. After a move to Roanoke, VA, Larry became the Executive Director for the non- profit organization that organized and grew many events and festivals in downtown Roanoke. It's this background, focusing on the small details that grew major events and concerts, which is was used to start Tour Roanoke. 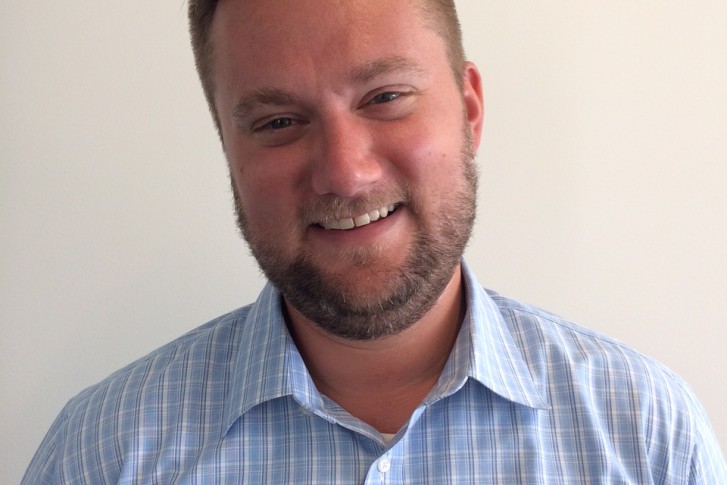 Christopher “Bruce” White, lives in Chicago. After being laid off as a lawyer in 2010 during the tail end of the Great Recession, he worked in the Chicago food tourism industry briefly which lead to the idea of starting a Beer Tour company. In 2011, he started Chicago Beer Experience, which combines his loves - people, beer, and Chicago, into a great, fun experience, while showing off the city and its awesome places. 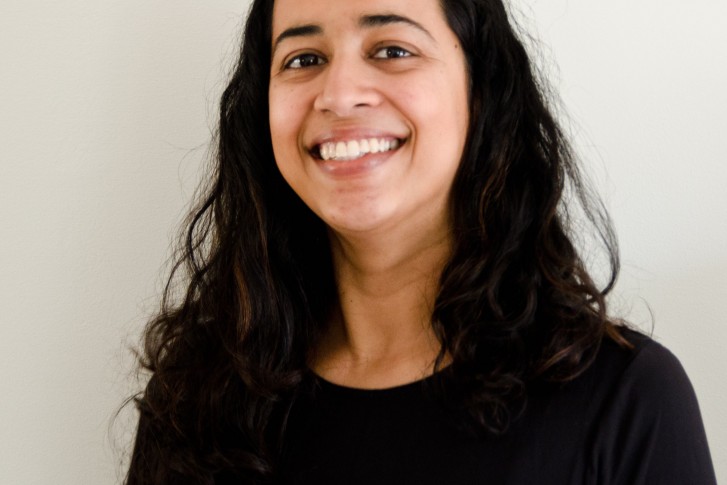 Akila is an acclaimed food and travel writer who has been named a "food and travel expert" by About.com, Yahoo Travel, and USA Today. In 2015, Akila launched Atlanta Food Walks to share her culinary storytelling and passion for Southern food. Atlanta Food Walks has been an immediate success, receiving praise in Conde Nast magazine, Where Atlanta, and Atlanta Magazine.