Over the years, Chicago Food Planet Food Tours saw the demand for local culinary tourism and “foodie” culture explode. As a result, they were often approached by individuals interested in the Food Tour concept and wished to start their own city food tours. Food Tour Pros was founded in 2009 as a way to fill the knowledge gap, allowing clients to benefit from the wealth of first-hand experience gained as the industry leader operating Chicago Food Planet.

Food Tour Pros believe that Food Tours can be successful, profitable, self-sustaining businesses that are responsible to yourself, your customers and your local community. Our goal is to raise the awareness of food and culinary tourism both domestically and internationally, while helping industrious individuals start and operate profitable food tours in their own cities. 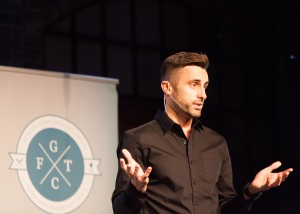 Shane Kost – Lead Instructor
After graduating from the Pamplin School of Business at Virginia Tech, Shane started two successful start-up companies including a bag manufacturing business and a seasonal indoor/outdoor lighting company.  Shane ultimately started Chicago Food Planet Food Tour in 2006 to show his love and passion for Chicago food, architecture, history and culture. Shane started Food Tour Pros in 2009 to help industrious individuals start and operate their own Food Tour businesses in cities and town across the globe. Shane has been a featured speaker at industry events including IACP, TasteTrekkers, Global Food Tourism Conference and OCTA.  Shane has traveled to over 40 countries and starting in 2009, he drove a motorcycle from Chicago, IL to Patagonia, Argentina, covering more than 30,000 miles as part of his ongoing culinary and educational efforts.